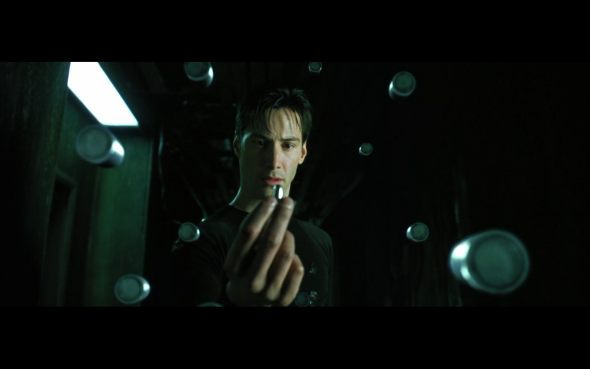 As I continue my summer-long vision quest to build the platonic ideal of an Econ 101 syllabus (kidding… maybe?), I’m thinking about modeling, representation, and narrative.

The question at hand for the course is how to balance “received wisdom” versus “how we do things”. I’ve always found one of the hardest things to get across in teaching economics the idea of modeling.

The theoretical side of economics—contrast with the data side—is built on modeling. A model is a simple toy version of world that a theorist conjures from scratch (well, building on the prior art of others, but you see what I mean) and sets in motion. Models are a way to think through situations and counterfactuals in a way that our wee brains can understand.

But surely I’m not telling you anything you haven’t already experienced. To live is to build models.

We humans might be pretty good at turning sights, sounds, and smells into a working idea of what’s around us, but we can’t know everything. There are trees falling in forests all over the place. I don’t even know what’s behind me right now(!). So I need a mental model of my surroundings, lest a cocktail of doubt and paranoia drive me cowering under a table until bedtime.

Memory and recall needs a model. I can’t recount for you everything about what happened on that awesome vacation I just took. The only way to do that would be to recount it in real time, in as much detail as I could take in with my senses. GoPros notwithstanding, that ain’t happening. Besides, we just agreed that we can’t know everything around us, so we’re in a double bind.

Understanding how the world works needs a model. This one’s the “deep” one, where we humble ourselves with the admission that our theories of everything are contingent. We’re at Milton Friedman’s famous observation that “if there is one hypothesis that is consistent with the available evidence, there are always an infinite number that are”, we’re at the flying spaghetti monster, and we’re at turtles all the way down. I’ll jump off this train here before we accidentally review the whole philosophy of the scientific method.

The short (very short) Jorge Luis Borges story “On Exactitude in Science” and Lewis Carroll’s Mein Herr talk about a cartographer’s dilemma: a map at one-to-one scale, perfectly accurate and useless. You can’t chase realism. The tradeoff we face as modelers is how much detail to include. Sometimes this means trading off specificity for accuracy, sometimes not.

Map-making, modeling, storytelling—these are all the same thing. As the old chestnut goes: “All models are wrong, but some are useful.” Well, I don’t see anything wrong with a good story. I know that’s not what they meant, but I’m putting my foot down, dammit.

The first economic model that really made me stop and think about what the hell I was getting into was general equilibrium. It’s a model of obscene scope: it’s about everything in the whole world—all the people, all the stuff, the whole system of resource allocation.

But the first time a student sees it, it’s a model with two people, two types of stuff, and a mysterious god-like figure who chooses the parameters of the world. And yet it is about everything: I learn from it. Does it seem like a contradiction that a model about everything could be so small? Have we forgotten parables so easily?

The analogy comes sometimes easier, sometimes harder. Some film, TV, literature, and video games are quite explicitly about worlds that are like our own but slightly different. Time travel and the butterfly effect, alternate histories, sci-fi, superheroes… what are these if not thought experiments? How does this affect that?

And so fictions and models submit to the same meta-analyses. One person’s “fallacy of reification” is another person’s “desert of the real“. The world is not the model, and the model is not the world. As an economist, I am acutely paranoid of a kind of uncanny valley in economic modeling where our models grow close enough to the world, both in complexity and in proximity to real-world power, to be creepy. We plunge through the looking glass and embrace the hyperreal.

I am deeply relaxed about unrealistic models and skeptical of realistic ones. An extreme version of the view that all economic models are useless is articulated in one of my favorite economics books, “Economic Fables” (the clue, of course, is in the name) by Ariel Rubinstein. You can get it for free on his website, along with all of his other books. I recommend it almost embarrassingly often. It is a wonderful blend of memoir, non-technical introduction to economic theory, and philosophy of economics.

This book reflects my debate with myself about economic theory. On the one hand, I am captivated by the charm of formal models: tales emerge from the formal symbols, and these tales have almost miraculous powers over me. On the other hand, I am obsessively occupied with denying any interpretation contending that economic models produce conclusions of real value. I feel attracted to economics as a branch of philosophy and as an academic field in which an intelligent discussion of social arrangements is, or at least can be, conducted. But I also feel disgust for economics as an academic field
that tends toward conservatism and helps the strong in society maintain their dominance, and thus serves people for whom I have little empathy.

On various conceptions of an economic model:

Let’s again ask ourselves the question: what is the connection between an economic model and reality? Different economists have different answers to this question. According to one view, an economic model is supposed to serve as a basis for making predictions about the real world, not the world of tales. Those holding this view perceive an economic model as an attempt to predict human behavior, based on data about the actions and interests of the economic units included in the model. According to this approach, a model is supposed to be an objective description of the real world, not a tale. The designer of the model would be happy to add more and more details to it to improve its ability to predict. If the model does not provide enough good predictions, it must be augmented with additional details. But the increased complexity of the model exacts a steep price: it is hard to understand and is difficult to solve…

According to another view, the objective of the economic model is to sharpen perception. A model is an intellectual exercise… I also find myself from time to time looking at something from a perspective I have acquired from the study of economic theory. But I am quite sure that if instead of devoting my adult life to economic models I had engaged in a non-academic profession, I would view life from standpoints that are less abstract but no less useful…

Both of the approaches I have mentioned so far look for a purpose in an economic model. Students look for a purpose in the material they study, because “Otherwise, why study?” The research agencies and
university presidents like to hear about purposefulness since it is easier for them to finance research that has a practical aspect. We economists are delighted when we find evidence of purposefulness in our work, because we are full of guilty feelings about devoting our lives to meaningless studies when the world faces innumerable problems.

I would like to advocate another approach, which does not aspire toward purposefulness and the practical use of a model. According to this approach, an economic model is not essentially different from a model in logic. A model in logic is not a prediction of how humans judge whether a phrase in ordinary language is true or false. It is not a recommendation for a thinking person and it is not designed to educate people to think correctly. I contend that economics studies the logic of life, but does not engage in predictions or recommendations. We deal with the wide range of considerations that economic decision makers might take into account. We are satisfied even if the economic model is merely interesting. To be interesting it must focus on considerations that at least some people weigh before making a decision and taking action.

Are we close, now, with this last approach that Rubinstein suggests, to the theory of fictions? Or, more to the point, do all three approaches lend themselves to analogies with theories of fiction?

I am concerned that economics courses, particularly introductory courses, do not transmit these analogies properly. We cannot keep telling story after story without talking seriously about storytelling. The student of economics is frog marched through the desert of the real, and emerges changed to mistake reality for the model on the other side.

The ideas of economic theory are powerful enough that I find this scary. We have evidence, for example, that students of economics emerge systematically more likely to favor profit maximization over workers’ welfare and more likely to make “selfish” choices. Maybe they have been enlightened and have moved closer to some unassailable ideal. I think it more likely that they’re living in the simulation.

I call, then, for a more literary approach to the presentation of economic models to our students. I suppose we can, if we like, take a model seriously and analyze the world as if the model described it perfectly. That seems to me to be the standard approach in the textbooks. But I think that the text and context of the models needs at least equal analysis too. The textual analysis contains the realistic analysis much more readily than the other way around. It should never be too soon to start that conversation.

2 thoughts on “Living in a story; economics and narratives”