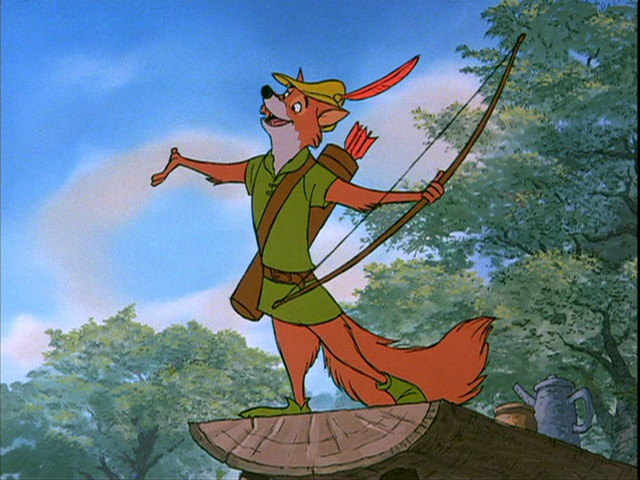 I’m wondering today, on an otherwise lovely Friday, how soon to introduce welfare economics into an introductory economics course.

I know. Bear with me.

I think one of the most fundamental jobs of introductory economics is to start to build the famous “invisible wall” between positive and normative economics. The textbook distinction is between questions about the way the world is—positive—and the way the world ought to be—normative.

END_OF_DOCUMENT_TOKEN_TO_BE_REPLACED

Interesting article at Prospect Magazine called Philosophy’s Great Experiment, about the rise of ‘experimental philosophy’. Doubly interesting to me, because it could equally well be talking about experimental economics, albeit a few years too late. Or about “neuroeconomics“; the philosophers in the article are using fMRI machines “to look for patterns of neuronal activity when subjects are presented with philosophical problems”, just like the researcher who does the same for resource allocation – economics – problems. But here’s the rub:

Some philosophers quietly dismiss the movement as a cynical step by researchers to appear cutting edge and to tap into scientists’ funding.
Indeed, it’s easy to feel this way about the kind of experiments in which economists step on psychologists’ toes. The drive toward empiricism in philosophy that the article talks about seems to be symptomatic of social sciences’ and humanities’ desire to be taken “seriously” as science.
And as we know, that means we need something falsifiable or verifiable. “There is no article in Prospect Magazine called Philosophy’s Great Experiment” is falsifiable, because I can find such an article and falsify the statement. “There is at least one article in Prospect Magazine called Philosophy’s Great Experiment” is verifiable, because I can find such an article and verify the statement.
In experimental economics, often it seems (at least to this observer) that we’re replicating, or at least mirroring, psychology experiments. Unfortunately, the economics experiment is much less likely to be “scientific”, not because of the method or the issue at hand, but because of the specific question. This is precisely what Lawrence Boland discusses in the paper “On the futility of criticizing the neoclassical maximization hypothesis” (pdf), which I read as a welcome withering put-down to all of those who claim to “disprove rationality“, etc etc. He says:
Properly stated, the neoclassical premise is: ‘For all decision makers there is something they maximize’… The person who assumed the premise is true can respond: ‘You claim you have found a consumer who is not a maximizer but how do you know there is not something which he is maximizing?’
For experimental economists and experimental philosophers alike, the challenge is to pose a scientific question; without that, no method will save us. “Are people ethical?”, for example, is equally a dead end as “are people rational?”.

I’ve gotten used to ignoring iTunes pining for one upgrade or another – seems to happen every other time I start it up – but, this time, the promise of the Genius was too tempting to ignore.

The Genius is a new gadget attached to iTunes that is designed to create “smart” playlists at the touch of a button; pick a song from your library and it’ll create a playlist made up of songs that fit well with the one you picked. If that sounds familiar, it’s because it’s precisely the same idea that personalized internet radio (my favorite is Pandora) has been trading on for a few years, with the obvious difference that Pandora and its cousins are capable of creating playlists built on more than one song or genre and that they can play you songs you don’t own. Both Genius and Pandora are working on a collective wisdom principle – learning what to recommend based on what you like and on what people like you like, and so on. Actually, that even sounds a bit like the supposed basis for Goggle’s search algorithm, right?
Anyway, I’ve been crying out for this: shuffle in iTunes is precisely useless, and I’m pleasantly encouraged by early returns from Genius. What’s all that got to do with economics?
Well, what do we assume about preferences? We’ve always tried to be agnostic about what people like, which was neat for keeping us honest but made us a little fuzzy on where they come from or how they might change. Genius and Pandora are, arguably, operating on a person with malleable preferences, who’s persuadable that she likes what’s being connected. For these to be valuable products, there must exist preference for convenience (having playlists made for you rather than doing it yourself) or surprise (for hearing unexpected songs).
Or could it be as simple as information? Perhaps these things are most valuable as informers, letting us know what goes well with our music or showing us new music that we might like. Again, slightly non-traditional consumer theory, although imperfectly informed consumers isn’t a new idea in economics or in life. Strangely, iTunes seems to be at a distinct disadvantage here; sure, this new gadget is designed to recommend things to you to buy at the iTunes store, but it’s not a pure free-preview model like Pandora. Nevertheless, we’re in the territory of deterministic preferences, and in particular the role of advertising.
The most commonly asked question about advertising in economics has been ‘informative or not?’, and there’s the balance between these two functions: am I being coerced or informed when Genius tells me what songs I’m missing that would go well with one I own? The strict segregation of preferences and the tangible world of goods and budgets that is used in consumer theory is violated a little by this kind of thing; we get into nice philosophical questions like how to define a good. Are my preferences changing when I learn about these awesome songs I’m missing out on?

If we accept that there is a disconnect between the prior beliefs of economics students on what economics is and the real basis of the discipline, I think the quickest way to make a change would be to make a course in the philosophy of economics compulsory.

This is a pretty long piece (from an encyclopedia of philosophy no less), but it’s just an excellent overview of some of the things a course like that would cover. It’s certainly not uncontroversial though. I hope I can talk about some of these things soon.